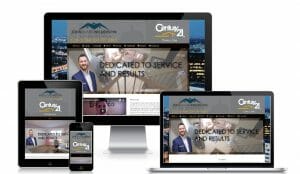 John Mark Wilderspin, The Dedicated Realtor, has been servicing his clients since June 2007, with hard work and integrity. He has sold over $35 Million dollars of Real Estate with Century 21 in Winnipeg, Manitoba, representing residential buyers and sellers as well as investors, while also gaining experience in the commercial market.

Born in London, Ontario in 1987, his family of six moved to Souris, Manitoba when he was ten years of age. After graduating from Souris High School with Honours in 2005, John Mark attended Media Production at Assiniboine Community College in Brandon, Manitoba. John Mark’s family moved back to Ontario when he was eighteen years old; he decided to stay in the province to be with his high school sweetheart, Marina Palmer, who became his loving wife in September of 2009.

Originally a film studies student, John Mark was one of two students hand-picked from class to be offered to work on the Brandon Media Van in Brandon, Manitoba, recording events such as baseball, curling, and other activities and events all around the city. He decided to pursue the film industry which in future days led him into Real Estate. His education laid the foundation for his photography skills with lighting, framing, and staging; enabling him to promote properties to their full potential.